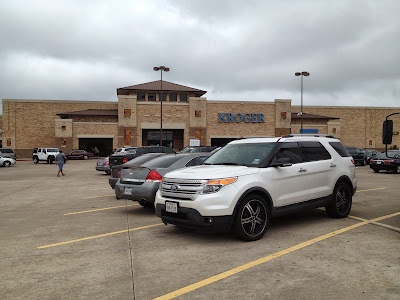 12400 FM 1960 West • Houston, TX
One of the reasons I stopped updating the blog for a while was a brief stint with Kroger that lasted about two weeks (what exactly my job was or why I left will continue to be a mystery to you) but I strived to look for new things to add nonetheless. So, what better way would be to find an old Albertsons that had been converted to a 700-series Kroger in Houston?

I had my doubts when I pulled in, partially because the Pharmacy sign was a Kroger font and not an Albertsons font like a few other converted stores were. In fact, it had blue Albertsons Food & Pharmacy signs until fall of 2014, based on Google Maps Street View.

Well, it kind of had an Albertsons-like layout, but what got me excited was the fact that I first found the "Baby" flooring where some bottled waters were. Yes, this was indeed a full "Theme Park"/"Grocery Palace" Albertsons that Kroger left partially intact! No more giant bottles of soda, or spinning Meal Center signs, but it was definitely built as such with the full package, like the full Beverage Boulevard flooring. It was a welcome change to the usual modern-day Kroger stores I see, which often just have polished concrete floors. There was even a Garden Center that Albertsons had built, but Kroger had never opened or maintained it. There seemed to be some garden-related stuff leftover, though. Given that a few of today's Kroger Marketplace stores do in fact have outdoor garden centers, I can't see why this Kroger can't revive it, at least seasonally.

Because of the relatively recent changes in the Food & Drug signs, it's entirely possible that the store was remodeled in the last few years. 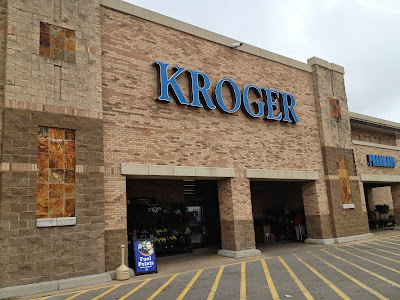 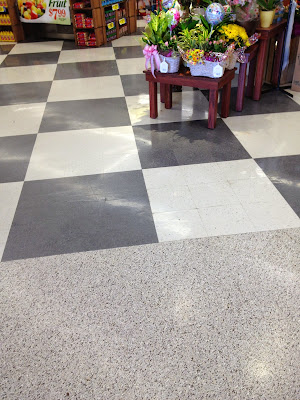 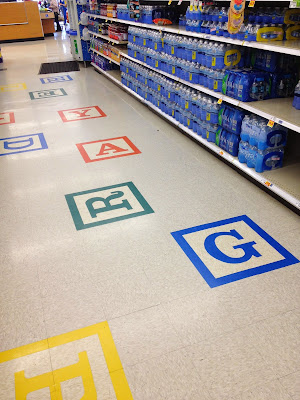 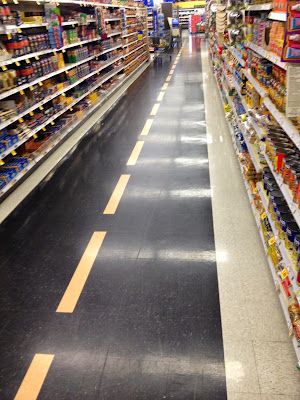 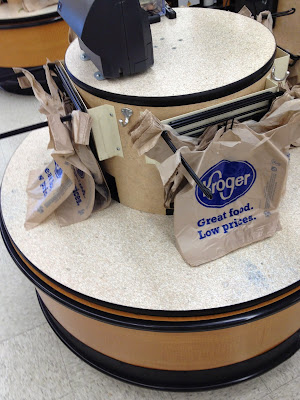 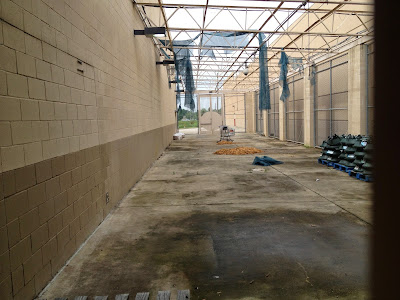 It's a shame that Albertsons closed (well, sold to Kroger in 2002 at least) because it was a beautiful store (less than two years--it opened in 2000), which unfortunately couldn't save it, because by the time it opened, the American Stores acquisition was taking a toll on the combined company. The other interesting thing about this store was that it replaced one of the very first Albertsons stores in Houston, at Jones and Bridgedown. Maybe it was to get away from its competitors (just one mile south on Jones, there was a Randalls and a Kroger, the former of which is now an H-E-B), maybe the FM 1960 location was the better location, maybe because they were already losing money and hoped that a big fancy location would stem the losses. I'm not sure, but it was definitely a deluxe store, with a full fuel center (the Albertsons Express had a convenience store) and the garden center, which was not standard in most of its markets (as far as I know, only Texas, Louisiana, and Arizona stores had it).

Editor's Note: A number of off-topic posts have been moved to another thread. Please do not comment on this post unless it is about this store or post.
Posted by Pseudo3D at 11:36 AM