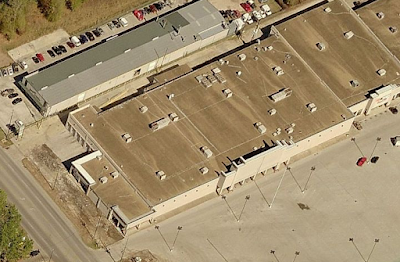 What luck! We even get a glimpse of the liquor center! (Bing Maps, appears to be c. 2007)
2224 FM 1960 West • Houston, TX
I started looking into this store after I had heard that this store was closed by Safeway due to its large size (100,000 square feet, supposedly a former Woolco). Well, in reality, it's 80,000 square feet, which is big for a supermarket but not monstrous—Wegmans stores routinely pass the 100k square foot mark, and non-expanded selection Kroger brand/H-E-B stores have gotten to it as well, or very close to it. Even A&P got into that game when it inherited Schwegmann's former "Real Superstore" sites in 1999, which were over 100,000 square feet.

Anyway, I did some more research on this site, even if I can't (yet?) get real pictures (so until then, Bing has to do). Fiesta opened in the Kuykendahl/FM 1960 store in late 1989, and while I couldn't find an exact address or square footage, they made note of it that it was around 80k square feet (not 100k). That Fiesta was bought out in early 1997 by Randalls, when they made an offer for it after their location at North Freeway and FM 1960 wasn't working due to highway widening. What Fiesta took wasn't disclosed, but from articles, it was an offer they couldn't refuse.

The reason why this store closed is also quite murky. It seemed to have opened well into 1998 (possibly due to remodeling to the "Remarkable Store" layout) but it was closed well before Safeway closed "underperforming" stores in 2005 and appears to be (based on Google) locked up tight by 2002. Even if it did survive the 2005 bloodbath, the widening of Kuykendahl (for those new, it's kirk-en-dahl, don't pronounce it as koi-ken-dahl) would've done it in for certain. The widening did take out a smaller building to the left, which I assume was the Fiesta liquor store. It isn't known if it became another liquor store later, but it's vacant in the Bing shot.

Since the original post was made in January 2016, I've done further research on this store, like the fact that it was definitely a Woolco as well as the store number. The only other source I could find on the matter was this City-Data source (was it one of you guys? It sure wasn't me) which discuss the Woolco. It talks about how Randalls didn't open until around 1998, which was partially remodeling but also might speak because of the financial trouble Randalls was in...they sold to KKR first, which then sold them off to Safeway, which of course, caused the chain to go from "Respected market leader" to "On the brink of failure".

That said, there are a number of interesting things about the store. First off, probably a handicap to further development is the extremely narrow alleyway in which goods are delivered, so that a truck would have to either enter from Kuykendahl (northbound only now), wedge itself into the alleyway (and hope no cars or anything were coming from the opposite direction and then go onto the truck ramp. Option two is going all the way from the other side of the shopping center. Most every other big box store in the area (even the former Kmart) either have ample space to turn around, bypass a truck loading, or have a back exit. (Google Maps link)

Another curiosity is that the store appears to have an auto center, with garage bay doors on the Kuykendahl side that aren't for loading purposes. It would make sense in context with a former Woolco but less with a Fiesta, and that carried over to Randalls. If neither of them ended up bricking over the doors and patching that with a bit of stucco, that would lend to reason that that part of the store was sub-leased and operated independently of the stores (I guess that without it, it could've been 100k square feet as originally rumored).

Was it the largest Safeway-owned store to grace the chain? Sources say no...even if it was 100k square feet, there was a 130k square feet Dominick's (former Auchan-turned-Omni) in Bridgewater, Illinois, that closed in the late 1990s, after the one-two punch of being converted to the fancier Dominick's and being sold to a new national company caused many former Omni stores to close for good.

Now, could Randalls take this one back if they wanted? Well, it's certainly not locked up like many of its old locations, but the immediate area seems rather desolate and the loading docks would probably have to be rebuilt at best (reducing the amount of store space). Besides, there's a number other potential better sites in Houston that Randalls could use to re-populate if it wanted, one that's not complicated by dead retail or a dubious access road. A far, far better option would be to build fantastic new-build stores on the fringes of town, though it appears they haven't quite gotten that down either. 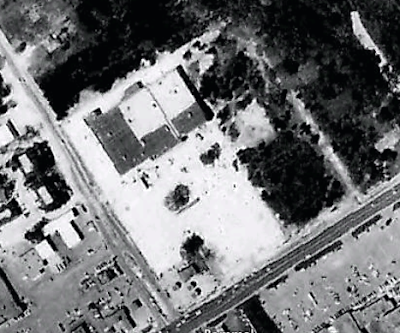 Woolco by itself, 1978. The store does not appear to have a garden center. 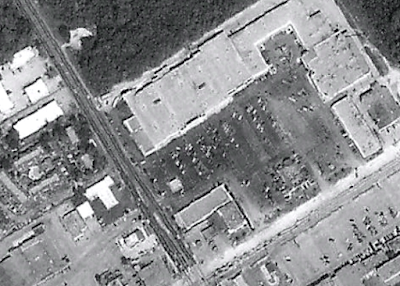 By 1989, Fiesta anchors a thriving center. It's added what appears to be a liquor store. 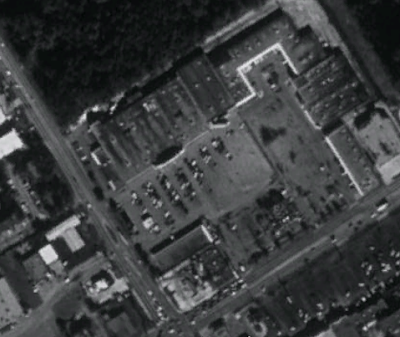 Fiesta still draws in the crowds in 1995. 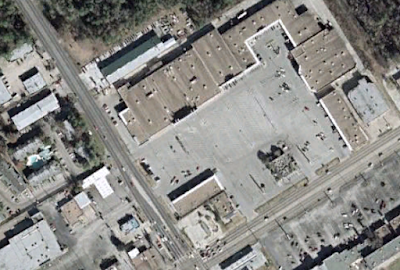 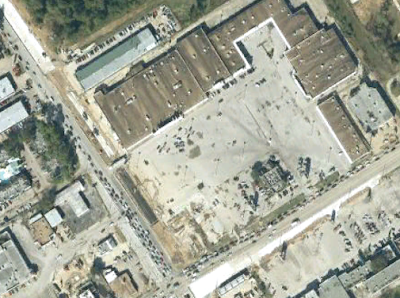 The liquor store is torn down for widening by the time 2008 rolls around. 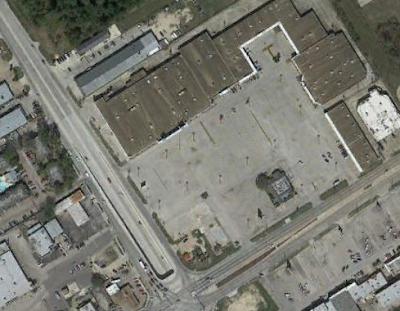